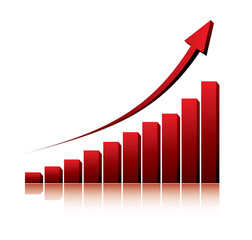 Recently, Gujarat Narmada Valley Fertilizers Chemicals Ltd., India’s solitary Acetic Acid producer having an installed capacity of 100 KTPA, has also raised the domestic prices of Acetic Acid. India imports a large quantity of Acetic Acid from Malaysia, Singapore, China and Taiwan among other exporting countries while a small part of the production is sent for exports.

The Acetic Acid prices triggered off in the backdrop of the acute global crunch of the shipping containers at ports. Asia is not untouched by this situation as a lot of commotion is being observed at the Chinese ports lately. The lack of marine containers has led to a 10-fold increase in the freight charges from last year that are affecting the businesses of many speciality- and petro-chemicals including Acetic Acid. The freight congestion issues do not appear to be easing at the moment.

Acetic Acid is a colourless organic liquid that is primarily produced from the methanol carbonylation process while aerobic ethanol fermentation and biocatalytic processes are also used in a few companies. It is extensively used in industries to produce plastics and polymers while in the food sector it is used as an additive. It also finds fair usage in paints, coatings, and textile industries.

As per ChemAnalyst, the prices of Acetic Acid in India are expected to stay high in the remainder of the month owing to the unresolvable freight charges that are bound to circulate from the market to the consumers. With the oncoming of the festive season, the escalating demand for Acetic Acid will also be adding to the pressure, causing the prices to mount up in the next month as well.