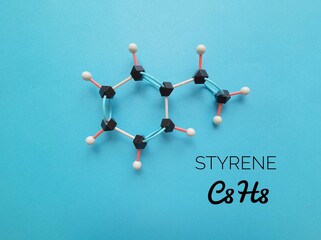 On 21st January, the prices of Polystyrene surged to $1650/ton FD Hamburg, the price trend is observed to be rising continuously with inclined trajectory. With strong demand, such trajectory is seen from August 2021 where prices were $1200/ton and since then, the prices kept surging.

Inadequate stock of Styrene and its feedstock the European market, made issue in the locale to meet the necessities in their domestic as well as in the international market. In Germany, the prices of Benzene, which is the feedstock of the product observed to be steady on the higher side with the cost of $1250/ton FOB Hamburg and were seen to be hovering around $1211/ton-$1294/ton. Deficiency of raw material Benzene and Ethylene hampered the Styrene market. Saudi Arabia, which is the major exporter of Styrene to the International market, had also revised its price to $1240/ton FOB Dammam. Polystyrene interest then again apparently to be on the peak with expansion in its utilization in automobile and electronics industries.

According to ChemAnalyst, the costs of Styrene are relied upon to increment as the unavailability of feedstock and gushed requirement in the domestic market followed the trend in such direction. The segment is relied upon to have critical interest because of expanding use of Polystyrene and the derivatives including Acrylonitrile butadiene styrene (ABS). Request of Polystyrene will ascend with the emerging nations in the Asian region mainly China, South Korea where they are utilized in wide assortment of uses like construction, Packaging, consumer goods. With the increase in crude oil and reviving Petrochemical market in Germany it is expected that demand will further rise with increase in trading activities. Supply/demand gap will increase the prices of Styrene and its derivatives in Germany in the upcoming weeks.