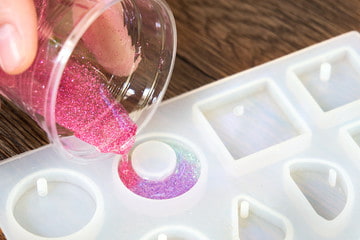 Resin prices showed signs of stabilization towards the end of the third week of February as downstream demand showed shoots of recovery. Spot activity picked up for the first time since the lunar new year week. PP Homopolymer prices had stabilized last week and are on track to recover in the fourth week of February. Downstream demand from Raffia applications such as Bags and carpet backing, ropes & twines etc, had seen an improvement. Contract prices from manufacturers in the Norther Chinese City of Tianjin have been revised in expectation of higher upstream cost pressure from late February or early March.

Polyethylene market had shown a similar trend with prices of HDPE (Blow Moulding and Film Grades) and LLDPE Film grade prices stabilizing in the spot market over the last seven days after a continuous fall since the first week of February. LDPE film however continues to suffer from demand slump and the depreciation is expected to bottom out by the middle of the fourth week of February. HDPE spot prices fell by 0.6% in the third week while spot prices of Film grade LDPE and LLDPE showed dips of 4.8% and 1.1% respectively over the same period. However, the spot activity on the Monday of the fourth week of February looked promising.

EVA 28% supplies are still hard to find as imports form South Korea have been delayed by two weeks due to disruption in freight logistics. Cost pressure from upstream Ethylene had diffused by quite some margin as Ethylene prices dropped week on week in the domestic market. Unavailability of ample VAM supplies continues to be a major constraint for domestic producers. Demand from downstream solar panel encapsulation industry remains robust. Recycled HDPE market too had been facing a similar slump in demand as offtakes from the downstream bottling industry continue to be modest. Demand for recycled plastics, however, is expected to increase from early March.

As forecast by ChemAnalyst in its piece dated 16th February, supply tightness is expected to continue till mid to late March as crude prices will likely breach the resistance limit by late February and the new equilibrium price could be settled at by the first week of March with range limits higher than the previous values.