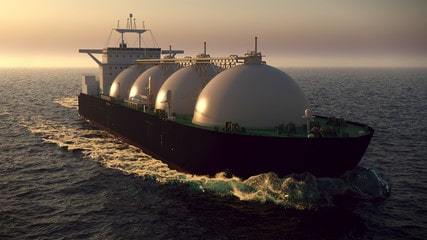 Russia is the European Union's biggest gas supplier, providing up to 40% of Europe's LNG needs. Most Western European countries, along with the United States, plan to reduce Europe's dependency on Russian gas by decreasing about two-thirds of imports this year from Russia in response to Russia's invasion of Ukraine. The supply will likely improve by 10% in 2025 as American refineries are ready to kick up their production, yet it will still be half of what Europe needs.

As many American refineries have kicked up their production to the international market, they have increased their LNG prices due to improved volumes of LNG despite higher prices in the European Market. This price hike owing to an improved buying percentage in the European market, has reduced the demand for LNG in the Asian market. The joint attempts of the US and EU have led to the lowering of Europe's dependency on Russian oil, which has created fierce competition for the available LNG supply. The price-sensitive Chinese buyers are especially not happy with the price hikes. The demand in the Southeast Asian market is expected to stay flat this year, and the imports are to see a very slow, gradual rise, unlike the anticipated elevating imports of LNG to the southeast.

As per ChemAnalyst, the increased exports of LNG from the US to Europe are likely to replace one-third of the gas flowing from Russia to Europe. The improved supply is still not enough considering the enormous demand in Europe, and the spot prices of LNG are likely to remain high for FY22. This existing price hike of LNG forces the Asian market to reduce their LNG imports, leading to an increase in the prices. The increased export prices may continue until European countries fill their inventory to withstand the following winter.