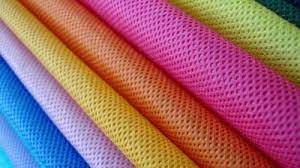 European Polyamide Market in serious turmoil amid decline in demand

Polyamide market has been in troubled waters where prices have been consistently rising while demand has plunged rapidly in the last few weeks. In the aftermath of the ongoing European conflict, all key markets of Europe have been going through significant inflation, and the German market has been no different.

Upstream ammonia prices have been resurgent in Europe and unable to relent, given the strong demand and constrained global supply fundamental. Ammonia forms one of the key precursors for both Polyamide 6 and Polyamide 66. Meanwhile, production costs have been through the roof owing to climbing electricity costs, and limited availability of energy feedstocks e.g., LNG and soaring feedstock prices. Polyamide producers have been struggling to maintain production amid ongoing inflation in feedstock and energy prices. Ukraine is one of the major producers of Ammonia, and the European conflict has resulted in plant shutdowns. As per several market participants limited availability of ammonia severely hampered the Polyamide 66 production.

Consumption levels have declined severely where the demand from automobile industry have declined substantially as several vehicle manufacturer have stated a fall in the output rates.  Several producers have been speculating around the closure of plants as producers are unable to keep their margins amid soaring feedstock prices and deterioration in the demand dynamics.

As per ChemAnalyst, “Polyamide market is likely to remain bullish in the coming weeks as energy prices are unlikely to drop culminating in strong feedstock and electricity prices. Meanwhile, bullish pricing trend will open the arbitration window for other markets to send their material on the European shores. The US and Asia are the key markets to capture the interest of European customers.”