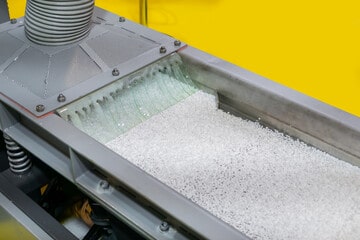 Since the outbreak of war in eastern Europe, refinery margins have come under immense pressure from the unabated rise in feedstock prices. Naphtha crack spreads were as high as USD 5/barrel in the month of November of FY21. With Liquified Petroleum Gas (LPG) prices shooting for the sky, the transatlantic arbitrage margins for propane from the United States continue to be unfeasible as cracker feed compared to both domestic and imported Naphtha. However, the supply tightness in the Upstream crude market continues to choke the entire petrochemical and refinery value chains rendering producers at every step of the chain unable to reach break-even margins, thus, forcing them to pass on higher costs down the value chain.

The European Propylene market finds itself in an inconvenient situation as no respite could be in store in the short term from either LPG or Naphtha prices. After starting the week on a strong foot, prices of Naphtha in Europe softened in tandem with Brent crude price by the end of the week. Intra-week Naphtha traded as high as USD 1120/MT on a CIF ARA basis, while Propylene prices for the week stood at USD 1500/MT. Although the spread stands at a higher than conventional break-even range of USD 300 -USD 340 per Metric Ton. ChemAnalyst’s market intelligence unit predicts a deterioration in the spread during the early second quarter period when crude prices are expected to breach the USD 150/barrel mark. Naphtha crack spreads too could come under pressure during April owing to higher crude oil prices.

While the price of Propylene is expected to be on an upward trend for the rest of the first quarter of FY22, the European market could see prices of Propylene further tighten on the back of a rise in Naphtha and LPG prices and could cause a cost-push down the value chain in the month of April if a permanent truce between Russia and the NATO countries continues to remain elusive. The turbulence currently pervading European geopolitics could cause energy demand to further tighten in the coming months. Given the continuing lag in Crude oil production levels by OPEC+ countries and a ban on Russian oil and gas by the west, the crude oil price is expected to sustain at levels reached in the month of March for at least the first half of FY22.