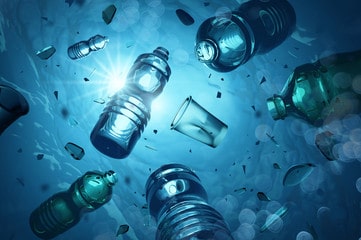 Although plastic prices in India have been on an uptrend since mid-January, Indian producers were largely conservative in raising the prices of Polyethylene and Polypropylene in Q4 owing to lockdowns and disruption of supply chains across both the domestic and overseas markets, making it hard for the producers to assess actual demand. The first real push for a significant raise in offers came in the month of February betting on a surge in crude oil prices as well as supply tightness across Asia and North America.

WTI breached the USD 90 mark in the first week of February signalling a potential impact on the prices of downstream value chain. Many converters have resorted to stocking of pellets in expectation of soaring raw material costs in the coming weeks. This led to a demand pull which hinted manufacturers including Reliance Industries Limited, ONGC Petro additions limited and Haldia petrochemicals to raise their February offers for both Polypropylene and Polyethylene by significant levels for the first time in the new year.

RIL had pegged its February contracts for Polypropylene at INR 8000 higher than the January levels while its offers on High Density Polyethylene were raised by INR 3500. Linear Low Density Polyethylene supplies continued to remain scarce since the start of the new year prompting manufacturers to raise contract values by around INR 5500 over the January contracts. Buyers may be forced to accept the spot asks without much leverage for negotiation as the supply especially of Polypropylene remains hard to source.

ChemAnalyst’s market Intelligence assessment suggests that the price of crude oil would remain range bound between USD 89-93 per barrel for the next week after which the price is expected to reach a new equilibrium which is higher than the current upper limit. Thus, plastic prices could be further revised in the last week of February or the first week of March considering the volatility in the upstream value chain. Refinery margins are expected to remain tight with margins nowhere close to the break-even levels forcing refiners to pass on the costs down the value chain.