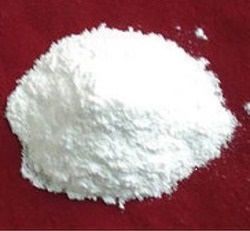 This week, the average production prices of Paraformaldehyde in Shandong, China observed to be $887/ton. On 1st Feb the average price trend was $876/ton with an increase of 1.2%. Feedstock Methanol production prices were also fell in February, where the prices were $424/ton in the starting week of Feb and fell to $416/ton with the declination of 1.96%.

In Feb, the prices of Paraformaldehyde rise and then fell. On 22 Feb, Linyi Shengyang Chemical co. Ltd. with the annual output of 9000 tons of Paraformaldehyde quoted the ex-factory prices $918/ton and the prices remained unchanged. After Winter Olympics, enterprises gradually started working again and the downstream enterprises of Paraformaldehyde recovered with robust purchasing activities and the market trading environment was observed to be healthy. Feedstock Methanol market remained weak and were rebounded again towards the end of the month. The exports to Taiwan and Indonesia were heard to be operated moderately. Weak Methanol demand with deteriorating market sentiments affected the Paraformaldehyde market in China. The inventories among the downstream enterprises are heard to be increasing which will create pressure on the producers to clear their existing stocks.

According to ChemAnalyst, the support from raw material is insufficient and it is estimated that the price of Paraformaldehyde may tend to remain weak. Despite surging Natural Gas prices, the Methanol market is also expected to remain weak. Downstream wood industry is also expected to operate moderately with sufficient supply and tepid demand among the producers. Dragged down by the weakness of raw material market, the price of Paraformaldehyde is expected to decline. However, the demand in Spain is surging which will enhance the export market of China to European regions.