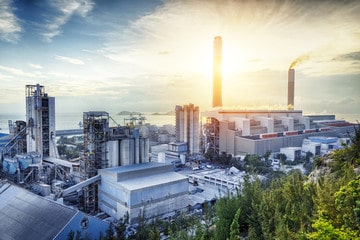 Indian petrochemical sector after witnessing a series of consecutive price hikes in October has suddenly turned weak, post the end of the festive demand in India. Meanwhile, arrival of delayed cargoes from China also narrowed the demand and supply gap of various chemicals in November. Challenges have been exacerbated due to the spread of Omicron variant of Coronavirus, which has again made buyers skeptical over the market activities in the upcoming months.

There have been consistent negative revisions in various chemical prices since the mid of November. In India, Acetone has tumbled by nearly 19% due to bearish buying activities in the local market in the last 1 month. Meanwhile, easing supplies from China amidst the muted demand pattern in India has led to a ferocious fall by nearly 30% in Acetic Acid prices. Despite of the temporary shutdown in Hindustan Organics Limited Phenol plant, its prices have continued to drift by 10% in the first week of December. Besides, all oxo-alcohols including Iso-Butanal, N- Butanol and 2-Ethylhexanol have showcased astonishing fall by nearly 10% since mid-November with supplies exceeding the demand in the local market.

It was heard that players have been stressed due to their mounting inventories and are compelled to allow consistent negotiations to initiate offtakes.  As per a trader, the aim is to deplete the existing inventories before year-end and register to new realizations with the onset of 2022.

Apart from the bearish local demand, a much-needed fall in freight rates in the second half of November has also assisted in the ease in prices of various imported chemical commodities. A trader also revealed that the decline in export demand for several chemicals has also contributed to a fall in their prices in the near term.

As per ChemAanalyst, “Petrochemical prices are expected to continue tracing fall till December end, as the market is unlikely to showcase any major movement in the near term. However, entering January, prices are expected to revive marginally following the expected hike in energy due to the seasonal stress in their availability.”