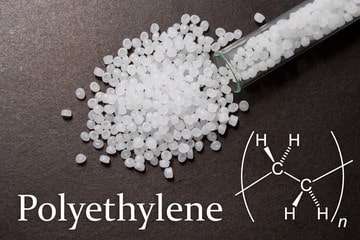 Polyethylene spot prices for the week improved by 0.04 USD/lb in both export and domestic markets reflecting the contract push by major producers for the month of February. Exxon and Westlake chemicals priced their February contracts USD 0.04/lb higher while LyondellBasell pegged its February offers at USD 0.05/lb higher than January on all grades of HDPE and LDPE, while LLDPE offers were hiked by USD 0.07/lb higher in North America. Dow Chemical announced a hike of USD 0.02/lb of the previously announced USD 0.05/lb increase on all grades of HDPE and LDPE, while LLDPE contracts would be hiked by USD 0.04/lb of the USD 0.07 lb hike announced previously.

Demand remained strong throughout February with higher priced prime PE stocks exhausted by mid-second week as converters expecting higher forward week prices snapped up most of the premium material. Resin market continued to suffer from freight issues as shipments bound for Canada could be delayed by ten to fifteen days due to protests by truckers blocking important routes to and from Canada. Exporters in the US Gulf region too have been sitting on PE and PP bound for Asia due to limited container availability and manpower. Similarly, high freight costs and limited rail car availability had rendered pre booking of stocks impossible for domestic converters thus forcing them to source material from the spot market.

Polypropylene contracts for the month of February could be moderately high owing to a firm Polymer Grade Propylene (PGP) market and healthy supply demand fundamentals. PGP forward curve is still moving slightly lower with the spot prices and remains backwardated. Natural gas prices are on a rise once again after witnessing a dip in the last week and could result in increase in spot prices of monomers Ethylene and Propylene for the current week. PGP deals in the Texas area for the current week were heard at USD .825/kg and are expected to end the week higher. Polypropylene trade volumes were higher compared to Polyethylene in the current week with most of the material being off grade and demand split evenly between Homopolymer (HoPP) and Copolymer (CoPP).