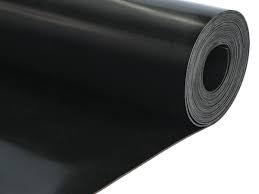 The Ethanol market in the United States observed rounds of a turbulent shift in the market trajectory during February. The consistently soaring production target seeded numerous doubts against the diminishing profit margins among the Ethanol producer of Ethanol in the USA. Being the sole dominant nation in the international market with the consistently growing daily production volume despite the lull demand from the end-use consumer-led to a strong backlash from the Ethanol producers in the USA. Therefore, to protect the interest of Ethanol producers, Biden's administration decided to provide leverage in the production target for Ethanol with a significant margin. In response, the prices of Ethanol observed an increment of 0.5% earlier as the production dropped below the 1 million barrels/day mark.

Currently, the stocks and inventories of Ethanol at several plants are running low seeking that the production output again uplifted to 1 million barrels/day which resulted in a short-term relief in the offers of Ethanol in the US. As the spot market offers for Ethanol witnessed a significant decrement during the third week of February. Although such developments will be short-lived as the cost support from the upstream corn, sugarcane and wheat is consistently soaring. According to the USGC, the plunge was recorded at a drop of 2% week on week, and the FOB Gulf discussions settled at a weekly average of USD 2.237 per gallon as of 23rd February besides narrowing the spread between the offers of FOB Gulf (US) and FOB Santos (Brazil).

As per ChemAnalyst, the raising conflict between Russia, Ukraine, and NATO is likely to present some uncertainties in the grains market, in repercussion it is likely to levy its impact on the futures of wheat in the US domestic market. Whereas, the food pricing index soared to an all-time high within a decade since December 2021, which further led to strengthening the situation of Ethanol in the upcoming period.