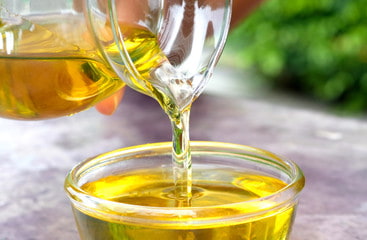 Torrential rainstorms, that have been battering across Canada’s western province of British Columbia since Monday, have triggered mudslides and inundated roads causing the release of evacuation orders for the entire city of Merritt and leading to the shutdown of Canada’s sole crude oil export pipeline, Trans Mountain, which extends to the USA.

The government-owned Trans Mountain pipeline carries 300,000 barrels per day of crude oil and refined products from Alberta to the Pacific Coast. Further developments on a proposed expansion of the pipeline have also been shelved for the time being. The pipeline had been accountable for delivering light oil to almost two-third volume of the total export to the US oil refineries in the first half of 2021.

Crude oil, which is extracted by drilling of underground reservoirs, is a hydrocarbon-rich liquid that is transported to refineries where it is cracked in a hot furnace, further processed, and transformed into fuels like gasoline, diesel, LPG, kerosene, jet fuel etc, petroleum naphtha and petrochemical feedstocks like ethylene and propylene which form the building block for many industrially important petrochemical products.

As per ChemAnalyst, the shutdown of a major oil pipeline carrying crude oil to US refineries is poised to affect the scheduled deliveries which is expected to fuel the already soaring crude oil prices in North America amid the firm crude oil demand, while incurring losses to the Canadian producers. The crude oil supply constraints are expected to hover over the North American region until the weather conditions in Canada normalize, after which the oil transport is expected to return to its usual. Given that many countries are dependent on US shipments of downstream products generated from crude oil, the market fundamentals in these countries are expected to stay pressured for a temporary period.

U.S. Crude Output Will Surpass Pre-pandemic Levels in 2023: EIA
ExxonMobil to Extricate all Business Operations from Russia
Is it true that European Refineries are Consuming more Russian Crude
On and Off Lockdowns in China Cause a Significant Drop in its Refining Output