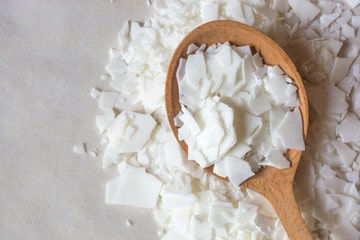 Farmers around the world find it extremely difficult to harvest crops in arid and semi-arid regions as the limited and erratic precipitation often results in low crop yields and sometimes in total crop failure. These areas (drylands) are not only thirsty for water but also hungry, too, due to which it is necessary to increase soil fertility. However, there is limited scope for the excessive use of chemical fertilizers due to a lack of adequate soil moisture. Heavy sanctions by the West and its allies on Russia, a major exporter of fertilizers and other soil nutrients, have also disrupted the shipments of these products around the globe.

Farmers from arid and semi-arid regions usually utilize water from proximate waterways or underground aquifers for crop irrigation. Researchers have been developing various ways to improve soil productivity and water efficiency, which can be done by making sure that the water stays in the soil long enough so that plants' roots can absorb it well. In earlier studies, it was observed that ground cover barriers, including plastic sheets and engineered nanomaterials, showcased slow evaporation and induced crop yields with a possibility of leaching unwanted compounds into the soil with unknown aftermath.

As the plastic sheets are costly and have a negative impact on the environment, researchers from ACS Agricultural Science & Technology have now come up with a biodegradable substance, known as paraffin wax, that has been proven beneficial in enhancing crop yields and providing soil moisture. In the study, they dissolved this waxy substance in a mixture of hexane and poured silica sand. After the solvent evaporated, a thick coating of wax of approx. 20-nm was left behind on the grains. When the research team later applied the wax-coated sand in a thin layer on an open field in Saudi Arabia, it decreased the loss of soil moisture by 50-80%. In addition, the wax mulch did not negatively affect the microbes in the soil and near the plant's roots. According to this study, this nature-inspired development could increase the water efficiency in arid and semi-arid regions.