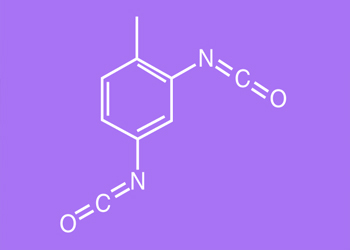 The Toluene Diisocyanate (TDI) market participants across Asia, who had been rejoicing over the long-sought slump in the TDI prices with the decline in the upstream crude oil market, will again have to face the pressure of high costs with the start of next year, owing to the price revisions announced by key producers in Japan, a major TDI exporting country.

A Japanese polyurethane producer, Tosoh, had released a price increment notice in early December quoting the hike of 50 yen/tonne (USD 430/tonne) on TDI contracts which is to be implemented from 4th January 2022. Soon following suit, Mitsui Chemicals and SKC Polyurethanes Inc., Japan’s polyurethanes major on 21st December formally announced its decision to increase the prices of TDI by 15 yen/kg (USD 130/tonne) with effective from 1st January 2022. It also announced a 10 yen/kg ((USD 87/tonne) positive price revision on polyurethane products for all 18-litre cans and barrels from 1st January 2022.

Mitsui Chemicals and SKC Polyurethanes Inc. indicted the prolonged surge in naphtha raw material prices and adjournment of raw material equipment as the major culprits behind their decision. The company also disclosed its struggle to keep up with the supply system during natural disasters and its efforts in establishing a substitute procurement channel which cost it a fortune. Hence, the positive price revision on TDI contracts was in line with compensating the high input costs. As for polyurethane price surge, the company simply stated its tussle with uncommonly high purchase costs of packaging 18-litre cans and barrels which are incurring heavy losses to their profit margin.

TDI is an organic compound that is prepared from toluene feedstocks derived from the upstream naphtha through its catalytic reforming. TDI demand is remarkably high in the production of polyurethanes that find application in the upholstery and automobile sectors. Japan is one of the leading exporters of TDI and is responsible for satiating the downstream demand in Asian countries including India, Indonesia, Vietnam, Pakistan, Iraq and a few middle east countries like Saudi Arabia, UAE, Israel, Nigeria.

As per ChemAnalyst, the inflation in the prices of TDI and polyurethanes in Japan is expected to impact the prices not only in Japan but also in the countries dependent on imports from Japan. On the demand side, though the automotive output is currently on the decline due to the semiconductor crunch this year, an expected rebound in the next year is anticipated to bring demand shocks in the TDI market which will exert upward pressure on the prices. Combining all factors, an overall increase of 5-7% is foreseen in Q1 2022. Hence, the buyers and the downstream consumers must brace themselves for next year as the higher base prices of TDI will eventually extend the pressure on the pockets of downstream consumers who will have to pay more to fulfil their requirements.