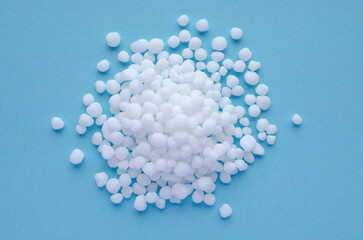 The domestic Urea market remained stable after Lunar New Year's Day. In comparison to the beginning of the year, the average market price of domestic Urea appeared to be flat as of February 4th. Urea FOB Qingdao prices for the 4th of February 2022 have settled at USD 475 per metric tonne, up 9% month over month. During the holidays, partial lockdowns in select areas will have a negative impact on economic activity. Urea has stopped rising and stabilised since late January, and the market has thus remained constant.

The demand for fertilizer has shifted to the off-season, and Urea factories aren't confident enough to support the price. Furthermore, the upstream price's support effect is limited.  Urea supply difficulties in China have persisted, pushing offers above USD419/MT during last few months. Natural gas, a key heating fuel for northern China, remained in ample supply as domestic fields pumped at top rates and importers maintained high inventories. Demand from residential, agrochemical and key industries like fertilizer production have been well covered.

There were fears about potential agricultural inflation as a result of the fertiliser price hike. Farmers may choose less costly crop nutrients this year since Urea is relatively expensive in China, which is a major supplier of all vital crop nutrients, alleviating the pressure that has driven up consumer prices. However, European gas prices fell from a high of USD 202 per MWH in January to as low as USD 98 per MWH in February, supporting the fertiliser sector by cutting operating costs and stabilising Urea prices.

As per ChemAnalyst, "Urea prices is expected to be on the downward in the next weeks owing to slow demand fundamentals and sufficient supply availability. However, demand for Urea is predicted to reverse pace towards the end of Q1 and early Q2 as volume intakes from fertilizer are expected to grow, increasing inflationary pressure on the available material."