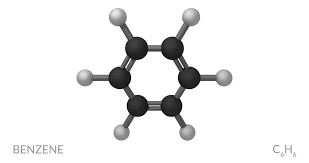 In the Asian Pacific region, Benzene prices have attained significant gains in the last week due to stronger upstream energy prices coupled with the improved demand from the regional as well as international markets. Robust demand for Benzene from the US market has been observed by Styrene manufactures that directly influence the Pricing trend of Benzene.

In South Korea, Benzene prices hovered around USD 1000-1015/MT FOB Korea witnessing a hike of around USD 32/MT week on week levels. As major economies such as China, US, and Japan import Benzene from South Korea therefore, an exponential rise in Benzene prices has been also observed in these regions in the previous week. Additionally, Benzene demand outpaces the supply that also trigger the increment in its prices.

Moreover, galloping Crude values due to festering geopolitical tensions between Ukraine and Russia and tight supplies from Middle East Asia, have fumed Benzene values in the international markets. Besides, freight charges again start rising in January after some relaxation in December that further sent ripples to Benzene Values.

Benzene is an aromatic Hydrocarbon, sourced from Crude Oil. It is a colorless liquid with a sweet smell and highly flammable in nature. It is primarily used as a precursor to produce many versatile chemicals such as cumene, ethylbenzene, nitrobenzene, cyclohexane, aniline etc. It is also used as gasoline additive as it increases octane rating and act as an anti-knocking agent. China is the major consumer and importer of Benzene followed by the USA and South Korea is the major producer as well exporter of Benzene.

According to ChemAnalyst, Benzene prices will continue to remain buoyant in the near term on the back of the firm demand and strong values of upstream Crude Oil. Despite the lower demand from China due to lunar year holidays, Benzene price will soar in effect of sturdy offtakes from the US buyers.