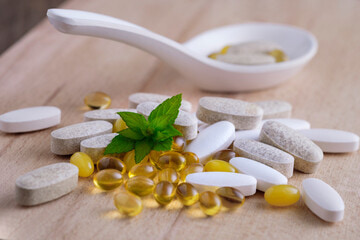 Several companies in China, including the feed additives industry, have suspended their operations in one of the biggest manufacturing hubs of Nutraceuticals products, as the Chinese authorities were trying to contain the spread of COVID in Zhejiang province. The East China’s Zhejiang Province has reported 217 locally transmitted cases with confirmed symptoms in the first week of December.

Several Zhejiang-based companies have issued statements regarding the suspension of the production, but they said it would have a limited impact on their yearly performance. Major feed grade manufacturers, including Zhejiang Medicine Co., Ltd. and Zhejiang NHU Co., Ltd., declared a forced closure due to the rise in COVID cases amid tightened local policies following the recent flareup.

As per ChemAnalyst, despite the forced closure, the prices of Biotin fell in the third week of December and were last assessed at USD 438100 per tonne FOB Qingdao on 17th December 2021. Major Biotin producers dropped their quotations by 4.73% as they were destocking their running inventories.

The prices competitiveness among the manufacturers and the negotiations at the spot market remained higher throughout the month of December. In addition, the overseas inquiries soared in the Chinese spot market amidst the speculation about suspension of production at the Nutraceutical facilities ahead of upcoming Winter Olympics in China. Whereas the Chinese authorities have recommended that citizens and migrant workers refrain from traveling as the lunar new year is approaching. They have also intended to close several factories in order to reduce the pollution and ensure the blue skies for the Beijing event, which could affect the markets, including nutraceuticals in China in the upcoming weeks.

As per the market experts, several companies have said that they will ensure and take measures to cope with the suspension and resume their normal operation at the earliest.

As per ChemAnalyst, the current Nutraceuticals market sentiments are likely to prevail in the spot market till January. Therefore, it is anticipated that the offers for Biotin are likely to drop further in the forthcoming short term. Major Biotin players with a high self-sufficiency rate and a high degree of performance are recommended to boost their production as the demand push will sustain.