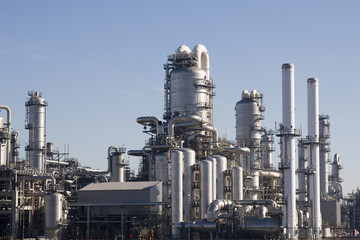 China’s polyethylene manufacturers and converters are expected to witness lower margins in the current fiscal as the Polyethylene-Naphtha spread is expected to narrow down in FY22. Manufacturers in the Asia Pacific region have been stocking up Ethylene monomer while the converters and traders have been resorting to stocking up of HDPE and LLDPE in expectation of tighter crude prices in the future. Consequently, the last week of January saw ethylene prices rise sharply in the Northeast Asian region by over USD 70/MT.

China’s ethylene-naphtha spread assessed by ChemAnalyst for the month of January had narrowed down to around USD 165/MT which is well below the breakeven range of USD 280-320/MT for a typical cracking unit. The crack spread for naphtha had also narrowed down signalling troubles for the refiners to pass on greater margins to the plastic manufacturers.

Although, crude oil had shown signs of respite for the time being responding to the news of a resumption of Iran Nuclear Deal negotiations, the current geopolitical scenario does not lend any favourable position for the plastics industry in the short term as we expect crude prices to further rise during the last week of February in search of a new range bracket. The impending Russian misadventure in Ukraine also needs to be factored in if we are to understand the energy dilemma that Europe and consequently the world, is currently reeling under.

As per ChemAnalyst’s assessment, we predict the refinery margins to bottom out by mid-March which is to say that the tightness in raw material supplies will soften out only after the conclusion of the winter Olympics during which period strict guideline have been provided to manufacturers to cut down rates in a bid to reign in winter air pollution. Another dampener being the higher winter energy demand which is expected to dip by the first week of March.

While the usual belief that the rise in prices of commodities augurs well for the sellers, the current tightness in raw material costs does not provide enough leverage to either the refiners or the PE manufacturers especially when the prices threaten to breach the resistance limits.

Weak Chinese Market Drives Down Naphtha Prices in Asia Pacific
Asian Naphtha market further weakens on the back of the Russian imports
Weak Market Sentiments For Naphtha Across The Globe
Record Number Of Naphtha Transporting Vessels Arriving in Asian Pacific Region, Why?