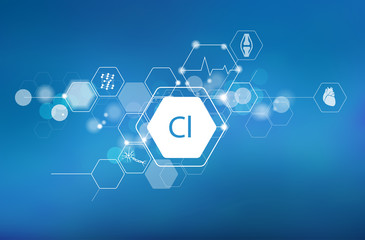 Significant rise in price of Liquid Chlorine was witnessed during January across the Europe, on the back of high demand from the domestic as well as regional market. Market participants were compelled to revise their offers to sustain profitability. Besides, they even had to battle with soaring input cost. The situation remained a key concern for domestic manufacturers, as it has been squeezing their margins since a long time. Meanwhile, domestic traders took the advantage of shortage and raised their offers on their existing inventories. In addition, demand fundamentals for the product from downstream polymer industry remained buoyant, supporting this uptrend in European market.

Chlorine prices in Germany surged to significant levels following uncertain plant operating rates and high energy prices in early January. Although energy prices with respect to the previous quarter marginally eased, however they remained at higher levels with respect to the first half of last year. As per ChemAnalyst, “As Liquid Chlorine is a major raw material for PVC manufacturing, its prices are expected to continue tracing an upward trajectory with likelihood of an increment in its demand from PVC segment as the economy is likely to gather appreciable pace by the end of Q1 2022.”

Liquid Chlorine prices have risen effectively during this month on the back of rising input cost in UK. High natural gas value has been a key concern for major manufacturers of Europe since long time. In addition, escalating tension between Russia and Ukraine is also concerning manufacturers as it may further disrupt supply of energy in the regional market.

Global Inflation elevates the prices of Chlorine in March