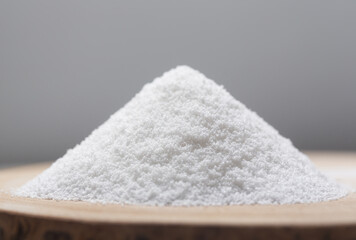 Sorbitol is the natural sweetener produced from corn starch. These components are naturally present among fruits such as apples, cherries, plums, etc. Since Sorbitol can be used as a sugar alternative and is non-carcinogenic, strong offtakes are observed in the global market. The prices of Sorbitol have witnessed a surge of 1.18% in China, assembling at $1593/ton, FOB Shanghai, China, as of 25th March.

Active lifestyle and awareness regarding health among people became the driving force for any fluctuations in the prices of Sorbitol. These factors forced the manufacturers of the downstream industries such as pharmaceutical, food & beverages, and home care to increase the operational rate of Ethanol. Feed, corn, and sugarcane have been witnessing a shortage in the global market in the last three months and might continue to showcase the same owing to the tension between Russia and Ukraine. The Asia-Pacific region dominates the Sorbitol market, accompanied by the robust demand from the cosmetics and personal care sectors. Consequently, major producers have increased their production cost of Ethanol as the feed while corn prices have skyrocketed in the regional market after the invasion of Russia over Ukraine. Major players halted their production temporarily after the implementation of lockdown in China due to the Omicron virus. Furthermore, uncertainty in feed supply affected the hiked prices of Sorbitol proportionally.

In the American region, the market sentiments for Sorbitol are driven by surging demand for low-calorie food and beverages, especially diet carbonated soft drinks. The increasing population and sedentary way of living contributed to the surging prices of Sorbitol as people prefer ready-to-eat food with fewer calories. Feed, corn, and sugarcane supply are tight after the Russian forces terminated logistic firm services along with the changes in trade routes resulting in higher freight charges from the suppliers. All these facets have affected the prices of Sorbitol in the global market.

As per ChemAnalyst, the prices of Sorbitol may show sporadic changes in the upcoming weeks as the demand outlook from downstream sectors such as pharmaceutical, confectionery, and personal healthcare may escalate along with the hike in prices of feed, corn, and sugarcane in the global market.