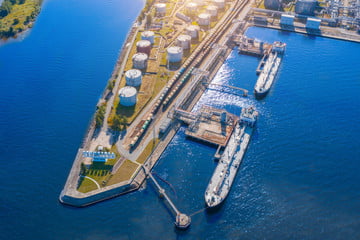 The month-on-month reduction of 20% in the loadings have primarily been due to the tight naphtha supplies in the European region owing to very low domestic production and limited influx from the USA amidst the firm demand from the region’s petrochemical downstream. Additionally, the USA, which is the major source of naphtha feedstock provider to Europe, has increased its arbitrage with Asia on the prospects of better netbacks.

Meanwhile, the demand for naphtha in Asia has grown weak since August owing to the scheduled turnaround of the Asian petrochemical companies. For instance, South Korean major, LG Chem shut its Daesan steam cracker unit with a capacity of 1200 KTPA ethylene and 450 KTPA propylene for a 20-days maintenance program in the August.

Naphtha is a flammable liquid mixture of hydrocarbons that has vast usage as a raw material for gasoline and other petrochemical products produced from its cracking. It also holds wide usage as a solvent in gasoline blending, paints, dry-cleanings, rubber industry etc.

As per ChemAnalyst, Europe is witnessing a stubborn demand for naphtha owing to the sudden surge in liquified petroleum gas demand backed by the record-high prices of natural gas, an alternative refinery fuel. The declining inflow of arbitrage from the USA has left Europe with no alternative but to fulfil the domestic demand with its constrained inventories. The demand for naphtha in Asia is expected to stay subdued in October as well with more turnarounds in the pipeline. However, with the USA reviving from the hurricane-ridden devastations, the naphtha supplies to Europe will soon stabilize which in turn is expected to improve the Europe-Asia arbitrage after a few weeks.

Asian Naphtha market further weakens on the back of the Russian imports
Weak Market Sentiments For Naphtha Across The Globe
Record Number Of Naphtha Transporting Vessels Arriving in Asian Pacific Region, Why?
Europe's LPG and Naphtha Market Hit Hard by High Energy Prices