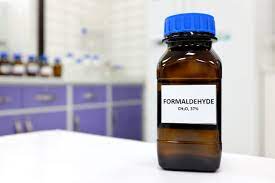 Formaldehyde prices have rebounded in Shandong after falling for three consecutive months, amidst short supplies due to plants turnaround

In Shandong (China), a marginal rise in the prices of Formaldehyde has been witnessed after falling for three months consecutively in the domestic market. Formaldehyde prices hovered around $186.4 to $189.6 per Ton on 20th January showcasing a slight increase. The two Formaldehyde plants of Qingzhou Hengxing Chemical Co., Ltd. with an annual capacity of 120,000 Tons underwent shut down for maintenance in the last week led to the increment in Formaldehyde cost due to the supply tightness.

Moreover, the pricing trend of Formaldehyde is also supported by the rising upstream Methanol prices along with firm oil and coal vales in this timeframe. The market sentiments are satisfactory as the demand from downstream manufacturers is stable. Additionally, owing to the upcoming Spring Festival, many of the factories are closed while some are operating minimally to sustain the just needed purchases. Similarly, Formaldehyde manufacturers have also planned to overhaul in the holiday season and are only shipping according to orders.

Hence, Formaldehyde domestic market prices are increasing in effect of lower supplies amidst production hauls during spring season holidays coupled with the sturdy values of upstream Methanol in the domestic market.

Formaldehyde is a chemical compound synthesized by the oxidation of Methanol and used in a wide range of applications including the production of solvents, resins, glues & adhesives, pressed wood products, plastics, hair dyes, synthetic fibers, fertilizers insulation materials, paper product coatings, etc. Formaldehyde is also used as a preservative in cosmetics, antiseptics, medicines, food, etc. It is a colorless, toxic gas with a pungent odor, also known as methanal, and methylene oxide.

Acc. To ChemAnalyst, In Shandong, Formaldehyde prices are likely to witness an upward trend in the coming week supported by the feedstock methanol values as well as short supplies. However, the demand outlook would remain the same with no expected improvement in the near term.