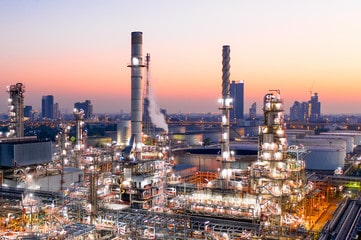 Ida Effects Fading Away in the US, Plants Restart Production with Some at Lower Operating Rates

The effects of Ida have started to fade away as the storm moves further inland and weakens subsequently. The major impact of Ida was power cuts in Louisiana which led to several companies shutting down operations in the region. With the companies slowly regaining access to power and feedstock supply, some have started the production while some companies are making damage assessments post Ida.

Other companies which have restarted production include Olin, which is the world’s largest chlor alkali producers, but the company was producing at lower operating rates as precautionary action and in response to logistical constraints.

Some companies have regained access to power but are unable to resume production due to lack of feedstock supply. Shintech, which is the largest producer of Polyvinyl Chloride (PVC) had access to power, but the company’s plant remained shut due to lack of access to industrial gases which were needed to operate. Similarly, Formosa Plastics wasn’t able to initiate production as a third party Nitrogen supplier still lacked power.

As per ChemaAnalyst,” the economic impact of Ida hurricane has been modest on the chemical industry as well as on the US economy. The impact has not been that high as was being expected, the power is returning to the plants at a faster rate and more plants are expected to resume production as soon as power returns and feedstock supplies continue.”