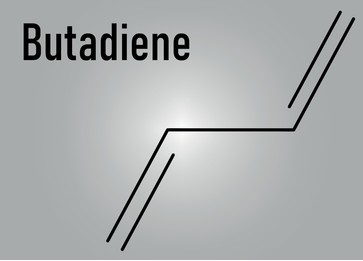 Feedstock Natural gas prices surged and created the sense of crisis which also created challenges to the government. Supply shortage and rising demand surged the prices. Yet again Europe’s dependence on pipeline imports from Russia has been raised doubt about, as Gazprom has refused to ride to the rescue, just fulfilling its previous agreements. February Butadiene contracts settles in Europe and the prices stopped slipping further. Strong demand from the downstream construction and synthetic rubber market had led to spot methanol barge to trade as high as $462/ton this week. However, at the Title Transfer Facility (TTF) in the Netherlands, the most Liquid Natural gas spot market in Europe, the day-ahead costs fell $1.08 to a week after week normal of $27.64/MMBtu.

According to ChemAnalyst, the prices of Butadiene will improve in the upcoming weeks with improvement in the trading market and increase in demand from the downstream industries. It is expected that the slightly stabilization in the market will help the enterprises to utilize the existing inventories among the producers. Growing construction industries will help the Butadiene market to further boost the prices. It is also expected that its export markets to Asian countries will surge with increase in its consumption. Traders are expected to purchase the product in bulk quantities and the demand is expected to boost.