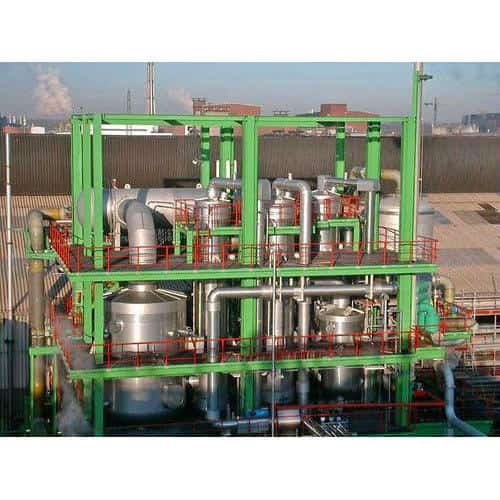 Uzbekistan's leading fertilizer and petrochemicals company, Navoiazot JSC has begun construction of the second phase of its new polyvinyl chloride (PVC) and caustic soda plant complex on August 27, 2021, at the Navoi region. Construction of the first stage of the facility was completed on December 28, 2019. With the commissioning of these plant facilities, the installed capacities for PVC and caustic soda will enhance from 100 KTPA and 75 KTPA to 220 KTPA and 165 KTPA, respectively.

The availability of feedstock supplies from the existing vinyl chloride monomer plant and the locally present heavy stocks of sodium salts impart a competitive advantage to Navoiazot for the production of PVC and caustic soda. With the commencement of the second stage, planned for 2023, the company aims to its sales volume estimated to be USD 410 million per year.

PVC is one of the most common forms of thermoplastics with applications as pipes and fittings, cables, films etc., that are predominantly used in the end-user sectors like construction, packaging, transportation. Caustic soda enjoys widely accepted usage in the formulation of soaps and detergents, pulp and paper, petroleum products, and pharmaceuticals.

As per ChemAnalyst – “Uzbekistan’s demand for PVC and caustic soda is majorly dependent on heavy imports from countries like Russia, China, Germany and South Korea. The launch of PVC and caustic soda facilities marks an important step by the government towards eliminating dependency and instilling sustainable growth in the country. The increased production volume of PVC and caustic soda could lead to a fall in the prices of end-use commodities in Uzbekistan as a result of the expected reduction in imports in the future.”