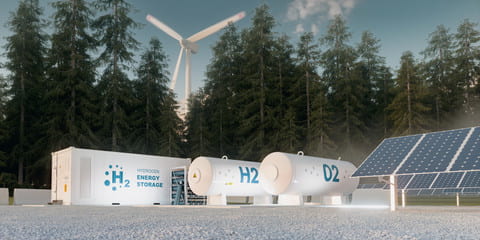 The USA’s leading multinational refinery, Phillips 66, on Thursday expressed its disposition towards environmental stewardship by setting up a goal for reducing greenhouse gas (GHG) scope 1 and scope 2 emissions by 30% and 15%, respectively, from its energy productions by 2030.

To achieve its target, the company will foray into the production of renewable fuels and boost its supply chain of electric vehicles. The company has also strategized to exploit carbon capture technology and produce low-carbon hydrogen.

Scope 1 GHG emissions arise from the plant site due to the fuel combustion in compressors, boilers, vehicles etc., and could be controlled by the manufacturers. Whereas the scope 2 GHG are indirect emissions resulting from electricity or steam purchased by the companies.

The energy-dense hydrogen has the potential to bring the transition of petro-to-electro owing to its virtually zero greenhouse emissions. Globally, around 120 tonnes of hydrogen are produced every year, out of which less than 1% is low carbon hydrogen. The low carbon hydrogen can be segregated into three categories – green hydrogen (produced from a renewable source i.e., water through its electrolysis), blue hydrogen (produced from natural gas in conjunction with carbon-capturing technology), and aqua hydrogen (extracted from oil fields without releasing any carbon in the atmosphere).

As per ChemAnalyst, the growing pressure on the petrochemical industries from the environmentalists to cut down activities promoting a high carbon footprint has pushed the companies to embrace sustainable production methods. The growing initiatives towards environmental protection back the surging demand for hydrogen which is expected to remain high with a CAGR of over 5%. Adopting low-carbon hydrogen production technologies is expected to strengthen the hydrogen economy in the future. This may lead to the addition of hydrogen supply in the market eventually bringing down hydrogen prices within a comfortable margin.

Hydrogen Prices may soar on the back of rising demand
Impact of Alteration in Investment on Warming and Cleaner Fuels
Clariant’s Advanced Catalysts to Supplement Germany’s Green Hydrogen Revolution, Hydrogen Supply to Streamline
Honeywell’s Carbon Capture Technology to be Applied to SK Innovation Hydrogen Facility for Feasibility Checks